Who in their right mind would want to lead a church? A recent posting in a Christian journal advertised the need for a church leader…


WANTED: Shepherd
The applicant will serve as manager, administrator, and correspondent. He will have experience as a preacher, teacher, and also evangelist. He will be a competent writer and speechmaker, and will serve as a decorative piece at public functions. He will also be something of an editor. He will have experience as a social worker, counselor, spiritual advisor, visitor of the sick, and comforter of the bereaved. He will serve as theologian in residence, interpreter of the church at large, and official delegate to all conferences. He will serve as a one-man emergency squad. He will be qualified as a commissioner of oaths, and will offer occasional legal advice, arbitrate disputes, and serve as public relations officer. He will have a basic business sense, and will be a capable salesman. He will also be skilled in marketing and program planning, and will recruit and train workers where available. The applicant will also be called upon occasionally as a garden supervisor, caretaker, and artist. He will lead a blameless life and spiritual walk. The applicant should expect to remain on call 24 hours a day. It is, of course, assumed that the applicant's WIFE will be included under the above arrangements, to work half-days.

I ask again: Who in their right mind would want to lead a church? Well, there must be some people out there who want to lead the church…

At Glenwood, we really just have one qualification: You have to be able to do this without dropping the baby! 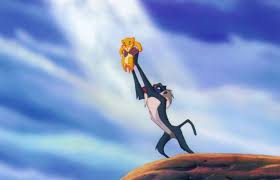 That takes a lot of practice!

The apostle Paul wrote about elders nearly 2000 years ago! But his description of these folks does not make the job sound any more appealing! He told his young protégée, Timothy, to appoint elders in his congregation. And judging by Paul’s words, it seems that there were actually some men who were crazy enough to do it. Here was Paul’s “advertisement for church leaders”…

Have you ever wondered what this list is all about? I’ve read this passage from The Message, because I think we hear the other translations so often, we may miss what Paul is saying here. How did Paul expect us to find anyone that would fit in this box he created? Above reproach? Hospitable? Gentle? His children obey him? Well, now that we’ve eliminated everyone in this room, we can begin! What do we do with this list?

Over the centuries, the church has been tempted to do one of two things with this list. Some in the church have given into the temptation of treating Paul’s list as a legalistic checklist.

Hospitable? “Well, I saw Brother Jones in the hall last Sunday, and he never said “hi” to me. He passed right by me and acted as if I wasn’t even there.” Cross him off the list!

Gentle? “I would put down Brother Smith, but I saw the way he spanked his child out in public all those years ago. That doesn’t seem gentle to me.” Cross him off the list!

In all honesty, I think we’ve done a lot of harm reading Paul’s words that way. Some have described elder selection like deer hunting. During elder selection, we all go out with our guns, and we shoot the very best bucks around! I know some very good, godly people who have been hurt (almost beyond repair) because of bad elder selection processes!

Some folks have recognized that difficulty, and so they’ve gone in the complete opposite direction. They have recognized the difficulty in finding anyone who can actually conform to Paul’s list, so they’ve simply discarded it all together. They’ve treated his words much like some folks treat the Sermon on the Mount. “Well, sure Jesus said all of those things, but He certainly didn’t think we could follow through with them. Paul didn’t really mean for us to take this list seriously.” Before long, this list becomes nothing more than an old worn out church bulletin. Wadded up, and discarded. You know it’s the Bible somewhere, but you haven’t seen it lately.

What should we do with this list? The first thing we need to recognize is this: It’s not a list! Paul has not given us a list at all. In fact, what Paul has given us is a portrait—a portrait of a leader in God’s church. When we treat this as a list, as a “checklist,” I think we miss the point. For one thing, that gives the church the impression that this list is exhaustive. As if these are the only qualities we should look for in a church leader. What about humility? What about compassion? What about a sense of justice? What about a forgiving heart? You know, these things are not included in Paul’s list. Does that mean we should appoint unforgiving, unjust, uncompassionate, and proud people as our elders? Certainly not! What Paul has given us here is a portrait, God’s picture of what a shepherd should look like.

Have you ever looked at a classic impressionist painting? This painting by Claude Monet for example. 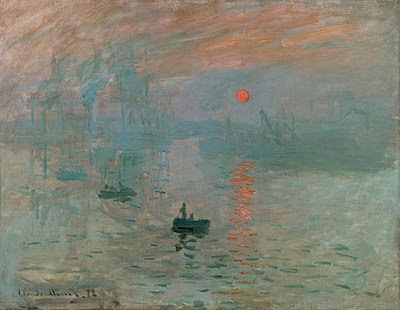 This has long been one of my favorite paintings. It is entitled “Sunrise”. From your vantage point this morning, you have the ability to see what Monet wanted you to see. A beautiful sunrise. Two small boats stopping to admire God’s creation! So peaceful, so wonderful, so majestic!

What would happen if you took this painting and pushed it right up to your nose? 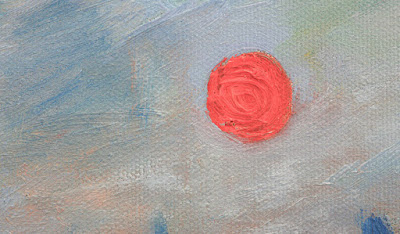 Examining every brush stroke? Carefully dissecting every millimeter of this painting? Does this even look like the same picture? If we pay such close attention to the details, it’s easy to miss what Monet was trying to show us! I think sometimes we do the same thing to Paul’s painting here in I Timothy 3. Paul has painted for us here a picture of what a shepherd should look like.

Being a leader in God’s church is a high calling. Glenwood has been blessed over the years more than most congregations I know of. God has raised up some mighty warriors to lead this church over the years. I’ve told this story a few times, but it is worth repeating (especially on a day when we are talking about elders). When I was a graduate student at ACU several years ago, I took a class on church leadership with Charles Siburt. He told us then about a church he knew of that installed a 28-year-old elder! I learned only later that that man was Edwin Rasco. And that church was West Erwin Church of Christ—the same church that a few years later planted Glenwood. Edwin served this church for many years as one its elders. This church has had some tremendous elders over the years! Many of them are still in this room! From personal experience, I can say that our elders today are pretty special.

This morning, we begin a new “Elder Recognition” process. This is always an interesting time in the life of a church, largely because God doesn’t give us any instructions. In fact, the closest thing we get to instructions in the Bible is for the preacher to appoint elders. Don’t believe me?

I am not lobbying for that role! I cannot imagine bearing that responsibility. In truth, we are not given anything resembling a road map. Just as there is not a “job description” for elders in the Bible. Neither is there a template for selecting elders. So, I’ve seen it done countless ways in different congregations.

Here is how we plan to do this over the next few weeks. This morning, and the next two weeks, I am preaching on the topic of elders or shepherds. What is a shepherd/elder? What is a shepherd here at Glenwood? What should we expect and not expect our shepherds to do for this family? On April 22, forms will be handed out. On these forms you’ll be able to indicate who you believe should shepherd this family. Who has the “gift” of shepherding? And here is an important part of this conversation: Who is already shepherding? The best shepherds are those who have been shepherding long before they took a title! We will give everyone a week to fill out those forms. We’d like to have them back the next week, April 29. In fact, we will probably devote some special time to that service on the 29th to allow people to complete the forms. Once they are received, the elders will spend time going through those forms. They will spend time in conversation and prayer. They will meet with prospective elders. They will allow those men and their families to spend time in conversation and prayer.

On May 20, those men who choose to be considered will be brought before this church body. They will not become elders at that point. For the next two weeks, we encourage you to affirm those men. Speak words of blessing and encouragement into their lives! If there is a reason you think anyone should not serve, we encourage you to go to them and talk about it. If you are uncomfortable doing that, bring someone with you. This goes for our current shepherds too. They are entering this process as well. So, affirm them and encourage them as well. If there is something you need to work out with one of our current shepherds, we invite you to use this two-week window to do that. If there is a reason you think one of our current elders should not serve any longer, go to them and have that conversation. If you are uncomfortable going alone, bring someone with you.

On June 3, we will have a special service here to ordain our new elders for service in this church. We’re exiting a challenging time for our family. And, now we are headed into the next chapter of this congregation’s history. This is an important time for us. I think God has been preparing some of you to lead us into the future. I can’t wait to see where God’s Spirit will lead us.

So, church, I want to encourage you to be in earnest prayer about this process. Pray that God will raise up shepherds for this church. Men of integrity and prayer. Men who look at awful lot like Paul’s painting! Let me say one more word about this. You may think you do not “fit the mold.”
Remember, I’ve already said: we were not given a job description for “elder” in the Bible. In fact, elders have performed many different roles for the church throughout history. That means each congregation is free to decide what an elder will look like in their family. We will talk more about the role of a shepherd in this family over the next couple of weeks. But let me say succinctly, in this family, our shepherds will shepherd. They are not a board of directors.  So as you consider which names to write on the form. As you consider whether or not to become an elder. Consider this: Is this person a shepherd at heart? Considers this: Are you a shepherd, or not? Regardless of age. Regardless of life station. Is that the gift God has given you? May God grant us wisdom, and may we see through His eyes throughout this process.
Posted by Unknown at 3:06 PM