A Truth that Challenges: Back to the Bible

I want to visit with you about two great loves of my life. The first one is the Bible. This particular Bible symbolizes the length of our relationship with each other. Last week, I showed you a copy of a Bible that belonged to my uncle. Well, this Bible has always belonged to me. I received it as a Christmas gift from my grandparents on December 25, 1985; I was only nine years old at the time. Red-letter edition, King James Version, even has thumb tabs to help you find the books of the Bible. Other than the various Children’s Bibles that floated around our house when I was a child, this is the first Bible that was ever mine.

I remember, even as a child, being so excited about this gift. The reason this gift was so special to me is because I knew, even as a nine-year-old, that this is a special book. My mother talked about this book all the time. The earliest stories I heard in life came from this book. David and Goliath, what young boy doesn’t love a good story about a small boy killing a giant?! Noah and the Great Flood—I still remember the plastic brown ark that we made when I was a child in Bible class. As I grew older, I came to love other parts of the Bible. The poetry of the Psalms, the story of Jesus found in the Gospels, and those strange and eerie images found in Revelation. I eventually was able to grasp this reality: This book contains the actual words of God. The Creator of the universe is responsible for this book. This is a special book, the most special book that has ever been printed. And I’ve loved the Bible for a very long time.

I also love the church. I love that God did not set us on this mission of life alone. From the very beginning of time, when God created Adam AND Eve, God betrayed this very important truth, we were not meant to do life alone. We need each other. God created us to need food, I believe, so we would stop every now and then and gather together to eat. Front porches were made, I believe, so people would gather together and visit. The church was made so people would gather together and engage God’s mission. In fact, church just isn’t the church unless it is community. You cannot have church by watching a worship service alone on your couch. You cannot have church by frequenting the drive through communion service…you don’t believe me? 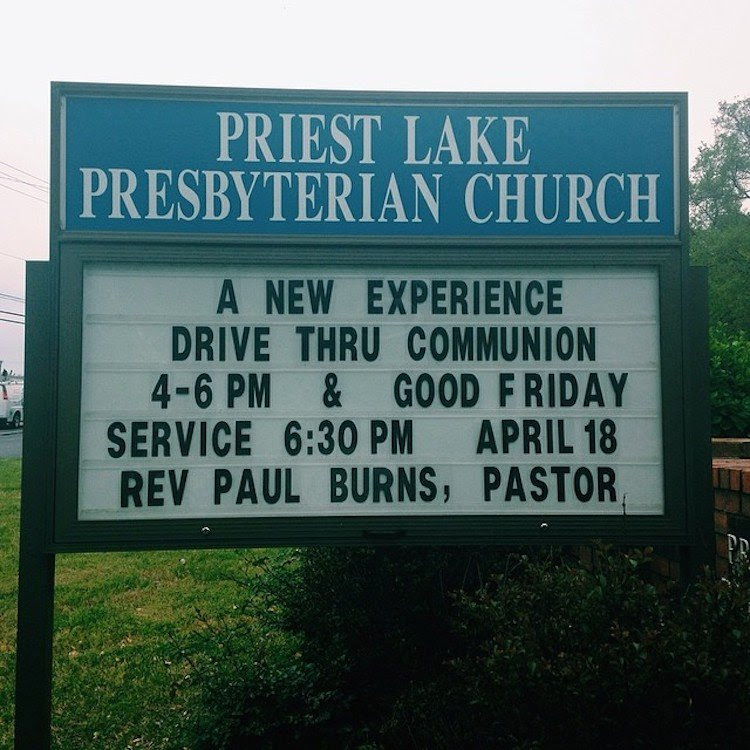 Church doesn’t take place at communion. Church doesn’t take place during the sermon. Church doesn’t take place at all. The church is the “community” of God’s people who engage God’s mission together and Church isn’t church unless there is community. Maybe it isn’t theologically correct to say it this way, but there is so much truth in this statement: I was born into the church. My parents brought me to a church building to gather with other believers a few weeks after I was born. And I’ve been coming back ever since. And the church, the people of that community, have shaped me in so many ways. Brother Jerkins gave me my first leadership role in life when I was about 10. He gave me the responsibility of putting the numbers of the songs we would sing on the wooden board in front of the auditorium. Buddy Mills helped set the direction of my life when I was a teenager. He was my youth minister, and he taught me about service and worship and ministry. The church has made me into who I am and I’ve given my life to help lead the church. I love the church, the unified community of God’s people!

When the Bible became more available in the church…that changed everything!

In the 16th century, some Christian reformers had a radical idea. Let’s give the Bible to the people. Let’s allow them to interpret the Bible and come to their own conclusions. But that blessing did not come without some consequences. There was an almost immediate splintering within the Church. Almost overnight, new Christian groups sprang to life. Because, you see, not everyone reads the Bible the same way. Not everyone comes to the same conclusions. So, as they began to come to new conclusions, new Christian groups were born. We call them denominations. Many folks in this splintering climate were looking for a more certain authority in religion. Many wondered why there were so many denominations, and which one was the “true church”?

I remember wrestling with that exact question when I was a child. I grew up in Churches of Christ. I heard often that we were the only ones going to heaven. When I was old enough to know about other Christian groups, those “denominations,” I wondered who was right. I worried that we might be wrong and someone else might be right! In this climate, many groups rose up independently from one another that were coming to a similar conclusion: Something must change! These groups made the decision to come “Back to the Bible.” They attempted to replicate the church of the New Testament. “Sure, we may divide over our allegiance to certain creeds." “Our different denominational labels divide us from each other.” “Many of our different worship practices divide us from each other.” “But, surely, if we can just agree to go back to the basics—setting everything else aside—then we will just be the One Church of Christ.” This is so important. They didn’t want to unite just for unity’s sake. They believed in the power of the united Body of Christ. They believed that if the church came together as Christ intended, then the entire world would come to know Jesus. Because nothing is more powerful in this world than a united Body of Christ!

Because I am such a history nerd, I’ve talked about some of these folks over my four and half years here. Do you remember Barton W. Stone? In 1801, his congregation hosted the largest and most famous camp meeting in American history in Cane Ridge, Kentucky. I was able to speak at Cane Ridge in 2001, the bicentennial anniversary of the Revival. Boring academic conference, but the building was cool! The original building still stands, enclosed by a larger rock structure. Barton Stone’s grave is just outside in the church cemetery, in the middle of nowhere, surrounded by hundreds of acres of pastureland. But it was not nearly that quiet in August of 1801. It is estimated the between 10,000 and 30,000 people gathered for this event. It lasted several days. It brought in people from all denominations (especially Methodists, Baptists, and Presbyterians). Sermons were delivered, Communion was taken, and “Religious exercises” occurred. Some fell to the ground in a faint as if they were dead. Some jerked back and forth and made a sound like a bark. Others felt bodily agitation coming upon them and tried to run away. Some danced back and forth in place. Now, was Barton W. Stone a Pentecostal or Charismatic? No, and those groups did not even exist then. But Stone would be far from it, he was a rationalist. But to the end of his life, he said be believed what happened at Cane Ridge was real. Cane Ridge had a profound impact on Stone. Among other things, it convicted him of the importance of Christian unity. If God could do those amazing things when Presbyterians, Baptists, Methodists, and others came together, unity is very important to God. And from that point forward he would routinely say: “Let Christian unity be our polar star.”

That desire for Christian unity dominated the minds of early Churches of Christ leaders, including Alexander Campbell. Over time, Alexander Campbell and Barton W. Stone met each other and they realized they both had that same passion for the unity of Christ’s Church so, they united their two movements into one because both of them believed unity was so important to God!

I’ve shared this with you before, but I am going to do it again this morning, because it is so important for us to know. The two men were very different.


And their theology and the way they interpreted Scripture was so different!

The reason I bring up this history this morning is because I wanted to remind you of two other people who shared my love for the Bible and the Church. These two men believed in the power of God’s Word to change the world! They believed that if every person in the world had access to the Bible, then the entire world would accept the message and this world would be a different place! But they also knew this, and this is so important, if we refuse to fellowship those who disagree with us about the Bible, the church will never be unified! If I refuse to admit that other people might love God AND read the Bible differently than I do, the church will never be unified. If our passion for Scripture drives wedges in the Church, we are not using Scripture correctly. And even within the movement they started, with its goal of uniting all Christians, we have seen this to be true.

This year we are centering our thoughts on the Bible. And as we begin this year together, I think it is important to have this honest discussion together. We need to admit that we have used the Bible in ways God never intended for it to be used. Because a faithful use of Scripture does not lead to literally thousands of splintered denominations worldwide. A faithful use of Scripture leads to the unity of the Church and the expansion of God’s mission in the world.


Therefore, as a prisoner for the Lord, I encourage you to live as people worthy of the call you received from God. Conduct yourselves with all humility, gentleness, and patience. Accept each other with love, and make an effort to preserve the unity of the Spirit with the peace that ties you together. You are one body and one spirit, just as God also called you in one hope. There is one Lord, one faith, one baptism, 6 and one God and Father of all, who is over all, through all, and in all. (Ephesians 4:1–6 CEB)

What a tremendous picture of the potential of the church! Is it even possible for our world to read the Bible more and still maintain the unity of the Church? Yes, it most definitely is. But I think we might have to start rethinking the way we read and use the Bible. Over the next few weeks, we’ll be having that discussion together here.
Posted by Anonymous at 12:00 PM