A Season of Advent: Waiting on God

How many of you recognize this famous landmark? 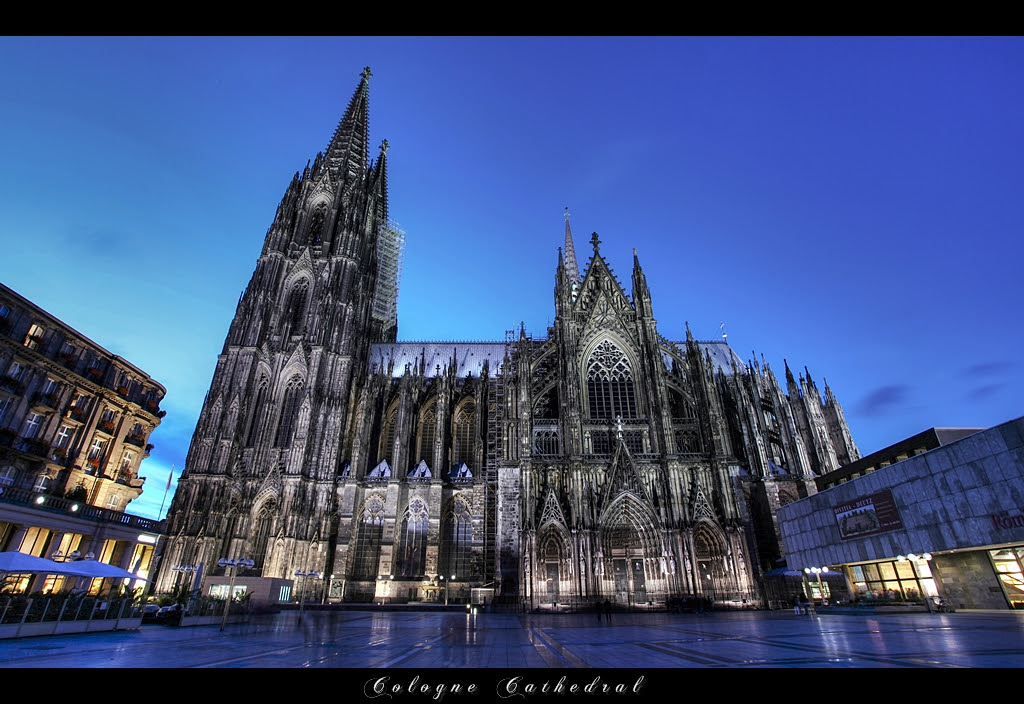 This is the Cologne Cathedral in Germany. Begun in 1248, the Gothic jewel was to be the main place of worship for the Holy Roman Emperors. Frederick II, one of the most powerful Holy Roman Emperors of the Middle Ages, helped start the project, but he knew he would not see its completion. Consistent building continued until 1473. It halted during the sixteenth century for many years and the construction was finally completed in 1880 according to the original plan. All in all, there were 632 years and two months from the turn of the first shovel until it was completed! Can you imagine waiting 632 years for anything? Waiting is difficult! Imagine working on the construction of a building that you know you will never see completed! Not many of us will ever have an experience like that, but most of us know what it is like to wait.


O that you would tear open the heavens and come down,
so that the mountains would quake at your presence—
as when fire kindles brushwood
and the fire causes water to boil—
to make your name known to your adversaries,
so that the nations might tremble at your presence!
When you did awesome deeds that we did not expect,
you came down, the mountains quaked at your presence.
From ages past no one has heard,
no ear has perceived,
no eye has seen any God besides you,
who works for those who wait for him.
You meet those who gladly do right,
those who remember you in your ways.
But you were angry, and we sinned;
because you hid yourself we transgressed.
We have all become like one who is unclean,
and all our righteous deeds are like a filthy cloth.
We all fade like a leaf,
and our iniquities, like the wind, take us away.
There is no one who calls on your name,
or attempts to take hold of you;
for you have hidden your face from us,
and have delivered us into the hand of our iniquity.
Yet, O Lord, you are our Father;
we are the clay, and you are our potter;
we are all the work of your hand.
Do not be exceedingly angry, O Lord,
and do not remember iniquity forever.
Now consider, we are all your people. (Isaiah 64:1–9, NRSV)

These words probably were written just a few hundred years before Jesus was born. Looking back on Israel’s past, they had quite a history! God brought their father out of Abraham out of an obscure city and made into a wealthy man. Abraham’s descendants began to multiply, and it was obvious that God was with them. He rescued them from starvation when a severe famine hit the land, bringing them to live like royalty in the land of Egypt. Years later, when they had become slaves in Egypt, God delivered them again. God parted the Red Sea before them. God gave them the Law. God gave them their own land. Then God gave them their own kings and kingdom.

I have a hunch many of the young Israelite children grew up hearing these stories. Stories about Abraham, Moses, and David, and stories about Rachel, Deborah, and Abigail. At some point, those children began asking their moms and dads this question, a question many of them did not know how to answer… “Mom, Dad, why doesn’t God do those things anymore?” “Has God forgotten about us?” As great as those acts of God were in the past, it had been some time since God had shown His face in Israel. Hundreds of years in fact! Moses and David and Deborah had long since died and the mighty nation of Israel was not mighty any longer. They had only recently returned from captivity in Babylon. They were not even in charge of their own country anymore. They were poor, hungry and forgotten (at least, I’m sure that is how they felt). And if you read these words in Isaiah closely, you can sense their desperation…

And the key verse, I think of this entire chapter is verse 4,


From ages past no one has heard, no ear has perceived, no eye has seen any God besides you, who works for those who wait for Him.”

God, you promised that if we waited for You, You would come, but where are you?

Have you ever asked that question of God? Kim and I were living in Nashville in the spring of 2003. I received a phone call from my mom one Saturday afternoon. “You need to come home. Your dad is not doing well.” By the time we reached Enid, Oklahoma, dad was already in a coma. We knew the end was near, but waited there in the hospital for two more days for the inevitable. Such a strange feeling, waiting. Especially when you are waiting for something like death! But after dad passed away, we began to experience a different kind of waiting. We began waiting for the reunion. One day, we will see him again.

Our world is waiting for answers. When will we find a cure for Ebola or cancer? When will it be safe to send our children to school without the fear of violence? When will black and white see each other as co-image bearers of God and quit fighting each other? Wait. Wait. Wait. Waiting is one of the most difficult things we will ever have to do.

For those standing on this side of the cross, however, there is a hope to accompany our wait.

So, what would God expect us, His hope filled people, to do as we wait?

On May 28, 1992, Vedren Smajlovic, the lead cellist in the Sarajevo opera, put on his formal black tails and sat down on a fire-scorched chair in a bomb crater and began to play. The crater was outside a bakery in his neighborhood where twenty-two people waiting in line for bread had been killed the previous day. During the siege of Sarajevo in the early 90s, more than ten thousand people were killed. The citizens lived in constant fear of shelling and snipers while struggling each day to find food and water. Smajlović lived near one of the few working bakeries where a long line of people had gathered when a shell exploded. He rushed to the scene and was overcome with grief at the carnage, and for the next twenty-two days, one for each victim of the bombing, he decided to challenge the ugliness of war with his only weapon, beauty. He's known as the "Cellist of Sarajevo." After that, Smajlović continued to unleash the beauty of his music in graveyards, at funerals, in the rubble of buildings, and in the sniper-infested streets. Although completely vulnerable, he was never shot. It was as if the beauty of his presence repelled the violence of war. His music created an oasis amid the horror. It offered hope to the people of Sarajevo and a vision of beauty to the soldiers who were destroying the city.

While we wait, I think God would expect us to spread His message of hope to the world. As this season reminds us each year, God came to this world! Never forget, He is coming back!
Posted by Anonymous at 9:29 AM

Email ThisBlogThis!Share to TwitterShare to FacebookShare to Pinterest
Labels: A Season of Advent, Sermons